March Sewing: A Metamorphosis in Celebration of Easter

Back in December 2006, I announced via blog post that my sister-in-law, Meggan, had found a potentially awesome choice for a bridesmaid’s dress company.  A month later, my old roommate, Kristen, and I went to DC to their showroom where I chose hot pink/orange as my raw silk color combination. The silk is woven with fuschia in one direction and bright orange in the other so that the resulting fabric looks different at different angles.  It’s really gorgeous.

A few months later, we got married!! 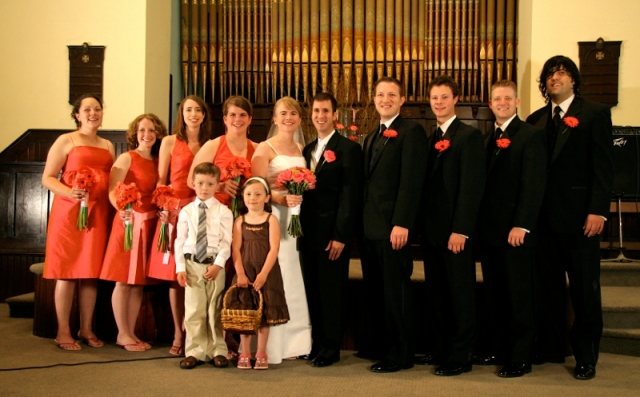 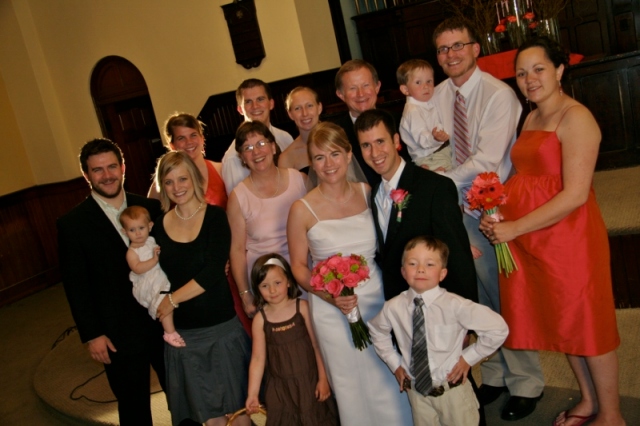 Meggan had been searching for dress companies for me because she knew she’d be about 8 months pregnant at our wedding and wanted a comfortable, beautiful dress to wear. I was grateful for the help because the world of bridesmaid dresses is so huge. 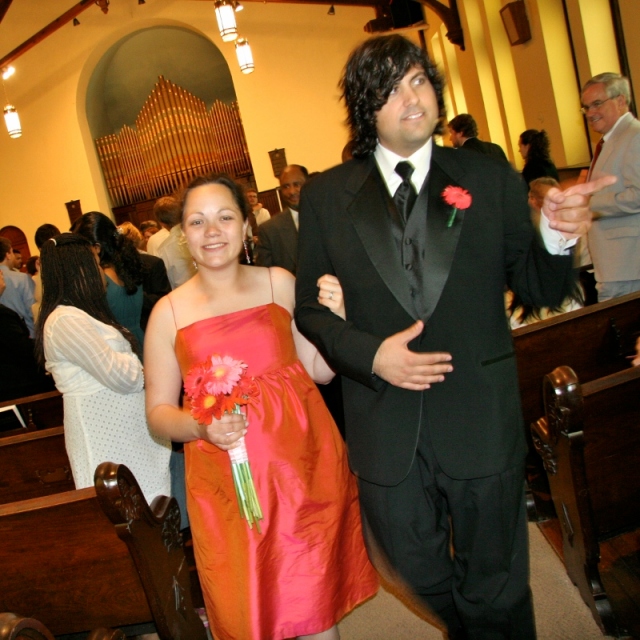 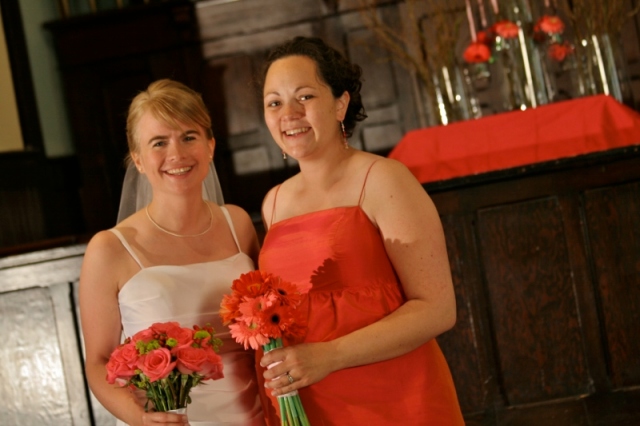 See the raw silk under the decorations behind us? I ordered a yard of it along with the dresses but it got lost after the wedding – one small regret from my wedding day.

Last fall, when we were visiting the fam up in Alaska, Meggan gave me her dress, in the hopes that I’d be able to make something with it.  Immediately, I knew I wanted the four of us to each have something to wear for Easter from the dress.

For Ellie, I made the Oliver+S Roller Skate dress. 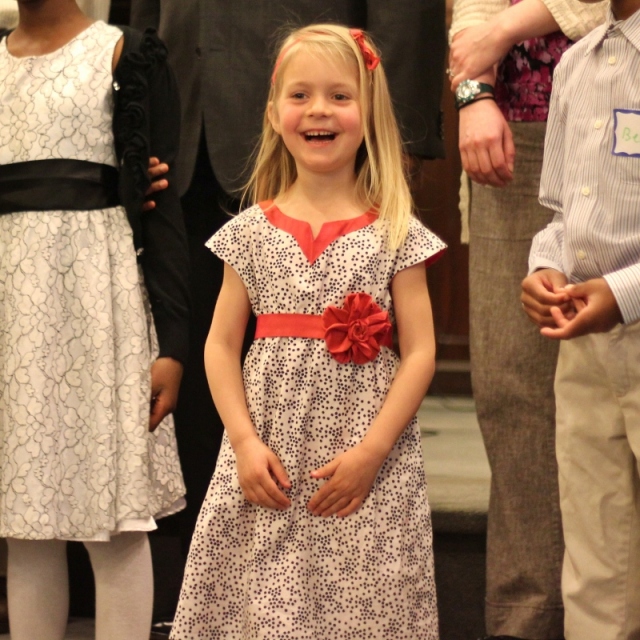 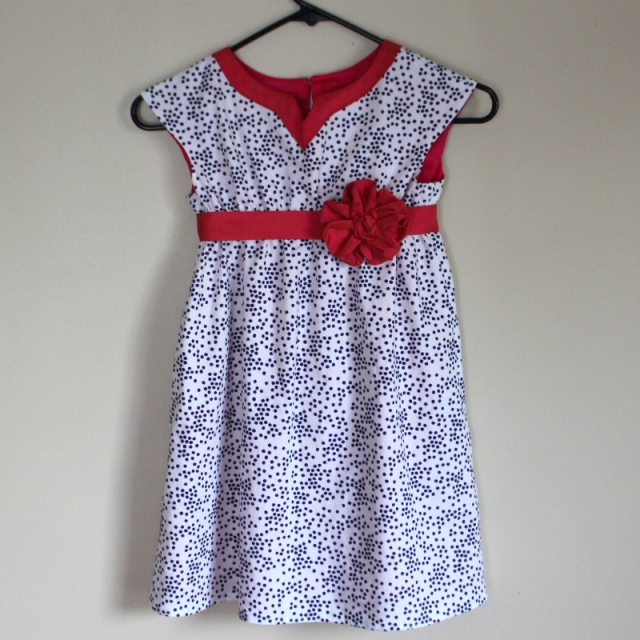 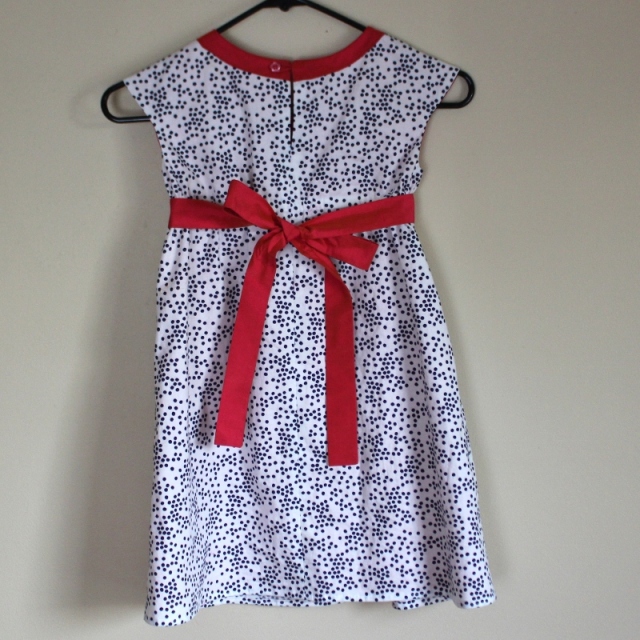 I used the two sashes from the dress for Ellie’s sash plus made her a fabric flower using a tutorial from the book, Make It Sew Modern. 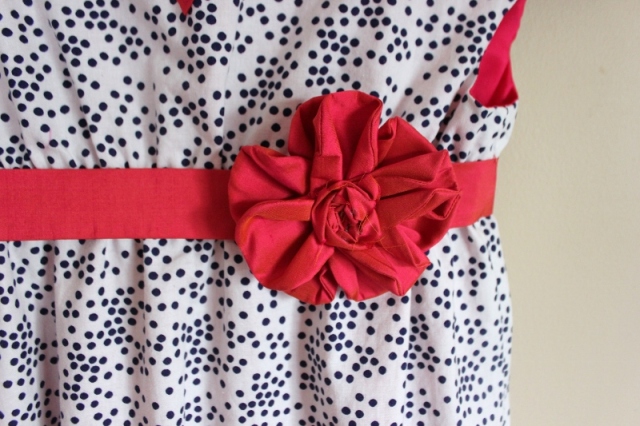 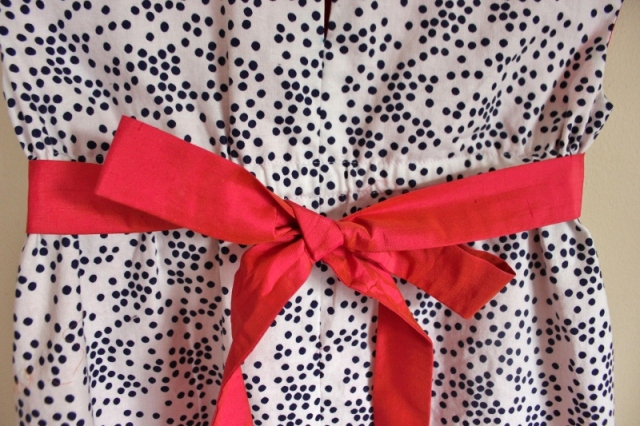 I added the V-neck option to get in a little more pinkish orange and even managed to use a bit of a spaghetti strap for the button loop. 🙂 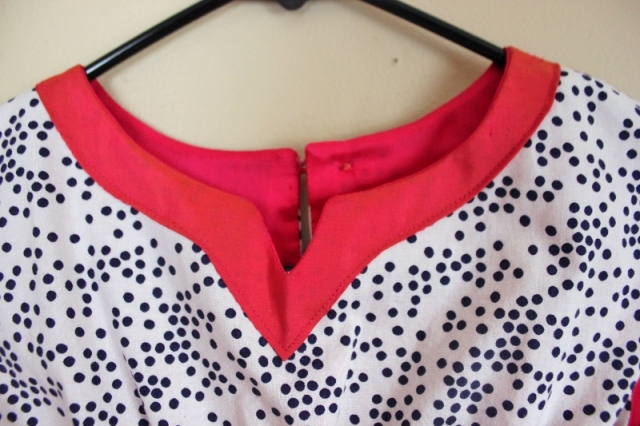 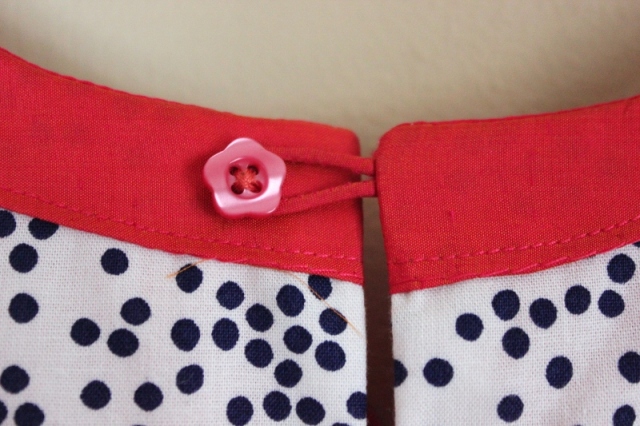 I lined it with the original dress’s lining. This was mostly by necessity because I forgot to buy lining fabric but I do like how the hot pink lining gives the white dress fabric a faint blush of pink. 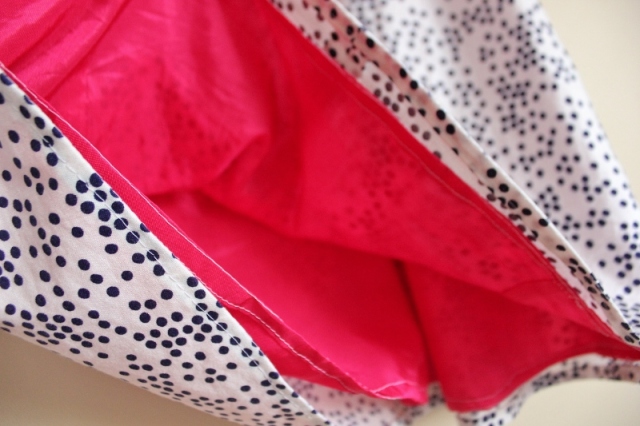 Mark took one look at the silk and refused to have anything to do with it.  He only consented to wear a tie if it was blue and had construction vehicles on it.  (He’s not obsessed or anything!) Nik had the brilliant idea of putting them on the back of the tie so at least it wasn’t completely ruined. I adapted the pattern from his last tie (which was both too wide and too long).  This time, I managed to make it too short but thankfully, I was able to just barely get it tied on him. And he wore it the whole morning! 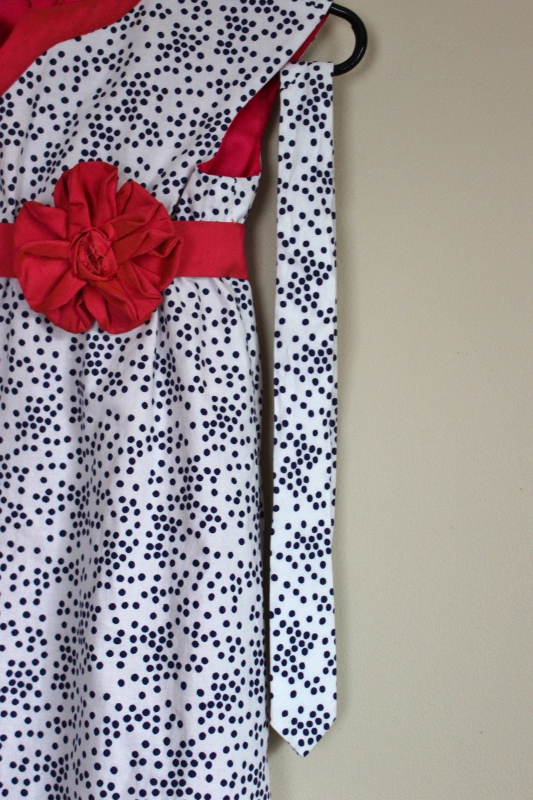 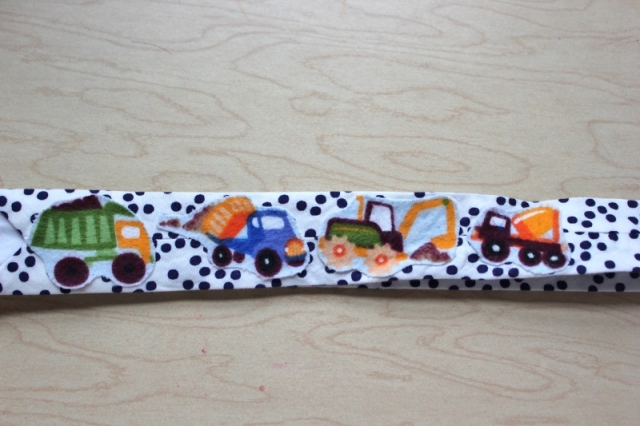 from his favorite flannel ever

I made another flower for myself and a tie for Nik (from the same tutorial as this tie). 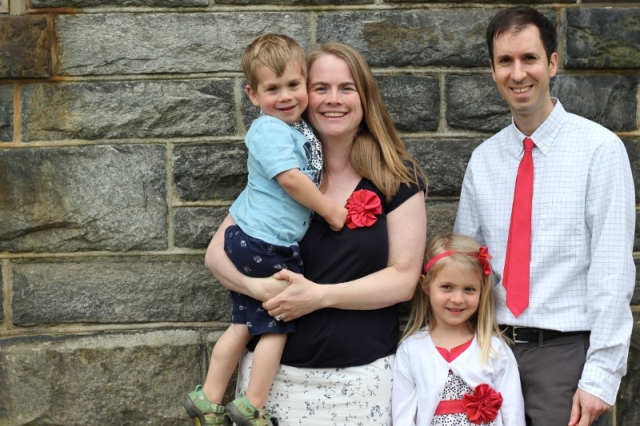 I really loved the whole process of this project.  Deconstructing the dress was really interesting from a dress making point of view.  There was surprisingly little fabric in the dress, considering it was a maternity style. I especially love seeing my family  in the fabric that I loved so many years ago.  Thank you Meggan for keeping it for me for so long!

P.S. That baby who was the root cause of the maternity dress need? Now he’s 8.5 and a super fun cousin! 🙂 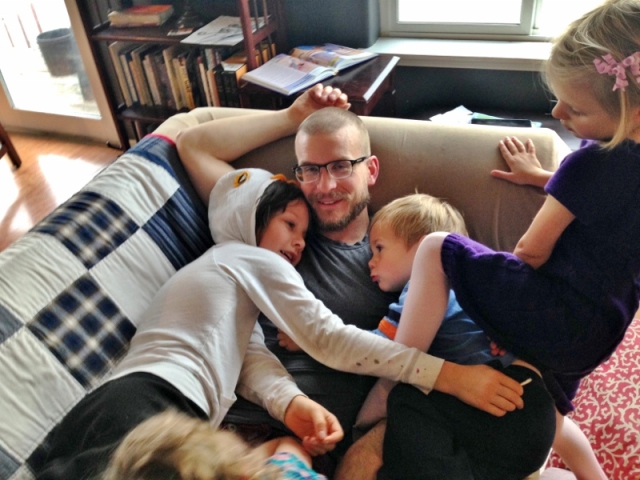 Like Loading...
This entry was posted in Ellie, family, holidays, love, Mark, sewing and tagged Aria Dress. Bookmark the permalink.

7 Responses to March Sewing: A Metamorphosis in Celebration of Easter