May Sewing: Inside-Out Bag of Consolation

I made a tote bag for my friend Katie for her birthday five years ago.  Recently, she had a disastrous occurrence with her apartment and I decided that the least (and really only) thing that I could do to help her was to make her another tote bag, with a different pattern but the same fabric combination!

So here it is, modified from the Inside Out Bag from Purl Bee.

This side has a big pocket.

The other side has two smaller pockets. 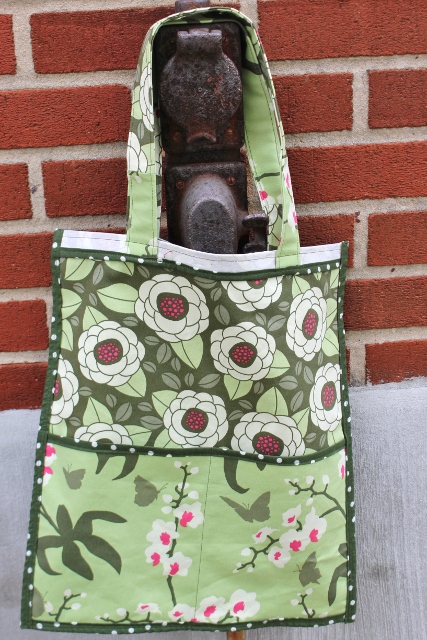 I added a pocket to the inside. 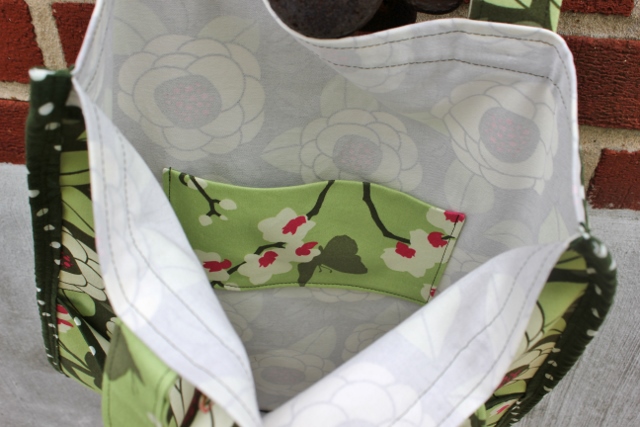 I also made pieced straps (rather than using the webbing called for in the tutorial.)

Finally, I also made my own bias tape and cut it on the bias so the dots would run across the edges.

This was a fun, fairly quick, and relatively easy bag to sew.  Bias tape can be a bit fiddly so it probably would be a bit frustrating for a beginning bias tape use.  Other than that, it was easy and quick because it doesn’t have a lining.  I’m scheming about making one for myself now!  It might be my treat to myself for finishing up those dining room shades! 🙂

1 Response to May Sewing: Inside-Out Bag of Consolation