Every year, we take a picture with our kids and our redbud tree, on or around April 19th.  Here’s 2011’s pictures, here’s 2012’s, and because I forgot to post them the last two years (poor Mark), here are three more year’s worth of redbuds and babies (some of them all grown up!) 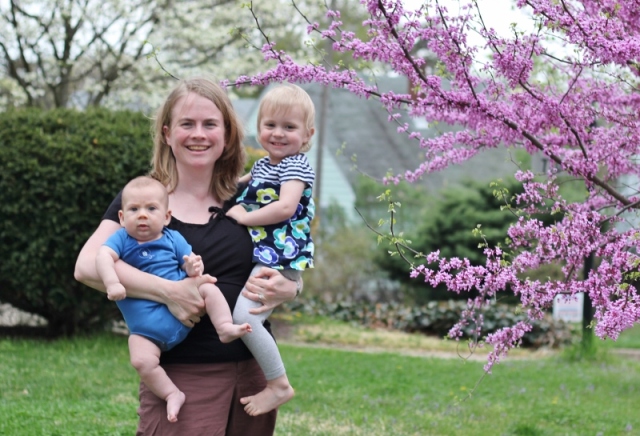 getting a little more difficult to hold two at once!

refusing to smile into the sun (best for pictures, not for kids) 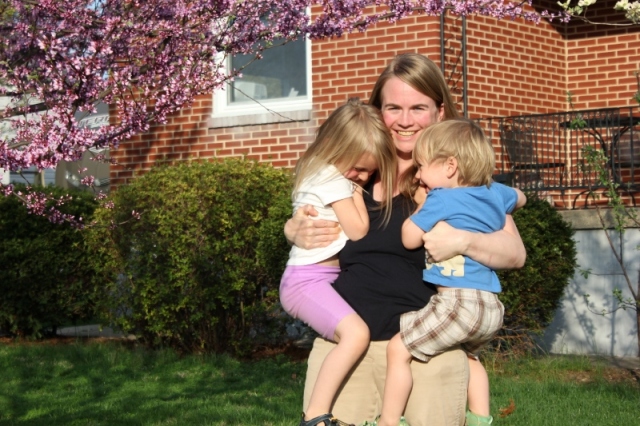 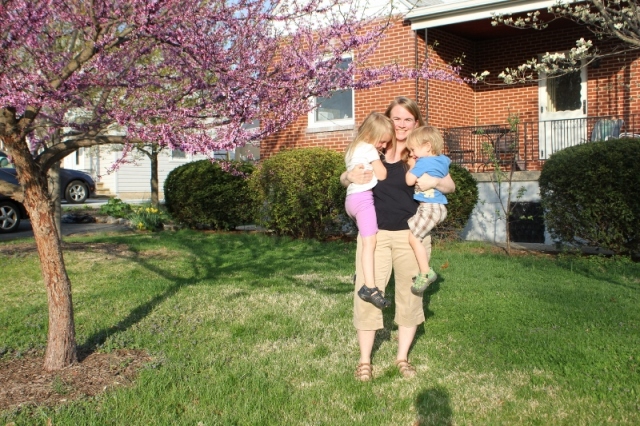 Ellie is now allowed to run around the WHOLE house ALL BY HERSELF.  She loves it!

We also just found out that redbud flowers are edible (not only edible but really nutritious).  So here we are trying them out.

Ellie starting eating them by the handful after this!  (They are slightly bitter.  The fully open ones taste the best.) 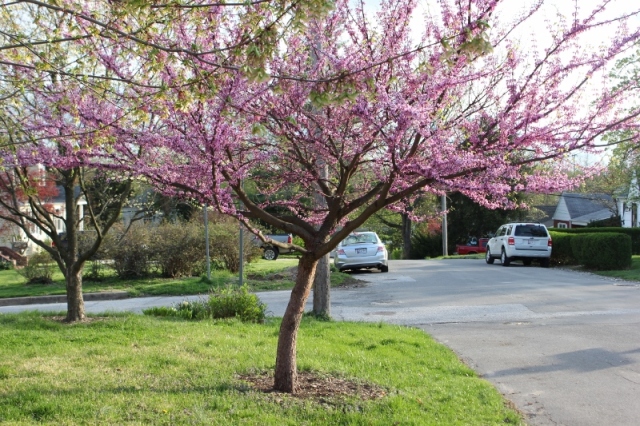 I especially love how the flowers cling so closely to the branches/trunk.

I suppose it’s pretty great that the kids have grown so much also! 😉