I started the doll head in July,

creepy alien eyes, part way through needle felting the wool ball that is the head’s base.  (See this post about Ellie’s doll for more about making the head.)

sewed the clothes in July,

finished the wool ball for the head on our trip to Alaska in August, didn’t touch it again until after Christmas, made the head in late December, was certain I was on track for a pre-January 3rd finish (also, Laura = delusional),

then made a bunch of mistakes and didn’t finish it in time for his birthday, proceeded to make a ton more mistakes in January, lost all motivation, decided I hated sewing dolls, forced myself to JUST FINISH IT in February/March, and finally finished the doll hair on Wednesday, (in April).  That’s a ten-month span in case you’re counting.

the precious boy for whom I suffered through to make the doll.  He’s worth it – but just barely. 😉 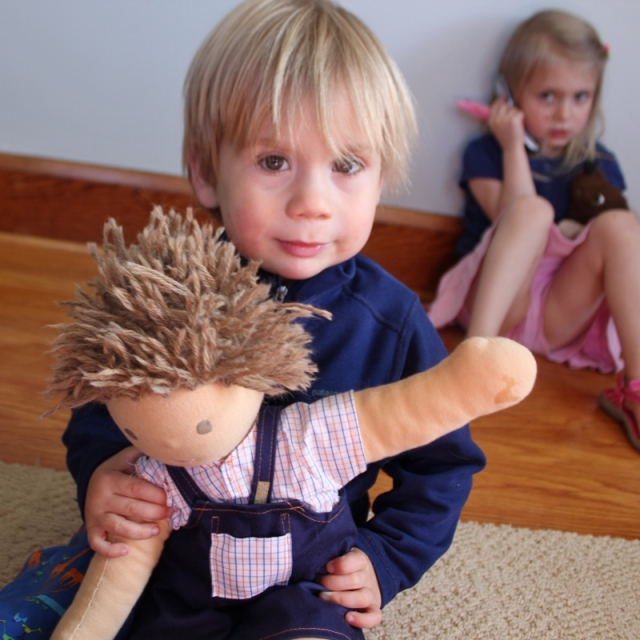 (Don’t mind that teenager talking on her cell phone in the background.) 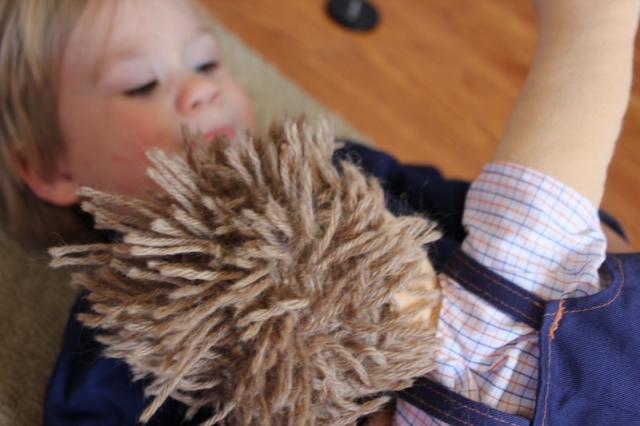 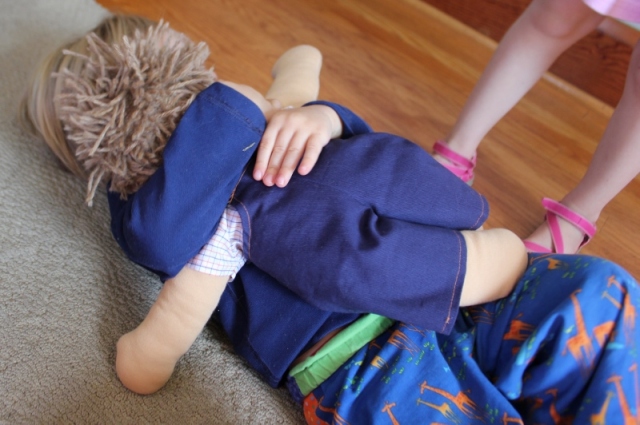 I’m linking up with Crazy Mom Quilts for Finish It Up Friday because I finally finished another project on the list.  Only two more to go!

My thanks to all the moms at my moms’ group at church who put up with me doing hand sewing while we’re discussing our study.  I likely never would have finished this otherwise!

and used this doll hair tutorial.  I forgot to take many process photos while I was doing the hair for Mark’s doll but here are a couple from Ellie’s doll which I forgot to blog about. 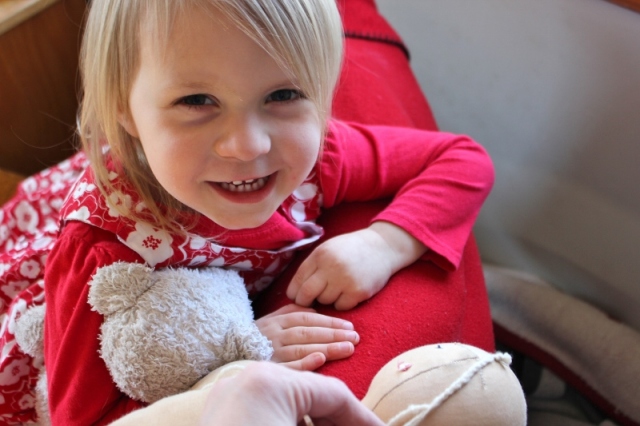 Basically, you sew on a very long braid of wool in a spiral until it covers the scalp and then you use a crochet hook to loop shorter piece of wool through for the hair.  If you ever did latch hook in 5th grade, that’s exactly what you’re doing. 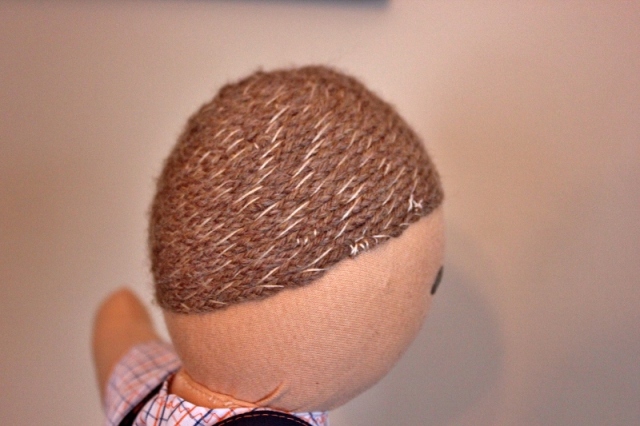 Mark’s doll with base finished but no “hair”

Finally, these two dolls were made from the same tutorial, by the same person (obviously), and I did not try to make them look different (other than eye and hair color and style).  And yet, they’re totally different!  Even the head size is widely different! Crazy!

Like Loading...
This entry was posted in Mark, sewing and tagged braided doll hair, Finish It Up Friday, Growing Up Sew Liberated, Little Amigo doll, waldorf doll. Bookmark the permalink.