I was supposed to sew Mark a doll for his 2nd birthday (just like I did for Ellie).  It’s now almost done but wasn’t even close to finished for his birthday.  That doll has been a comedy of errors and if I never sew a doll again, that will probably be fine by me.

Anyway, on the day of his birthday, we didn’t have a present for him to open and so I frantically whipped up this pillowcase for him to go with his pillow that I made about a year ago.  I clipped the last thread as Nik’s family drove up to our house (seriously).  The day of Mark’s birthday was a crazy, somewhat awful, somewhat delightful day, as days can go with kids.  So I was grateful that I even had thirty minutes to spare to make him this! 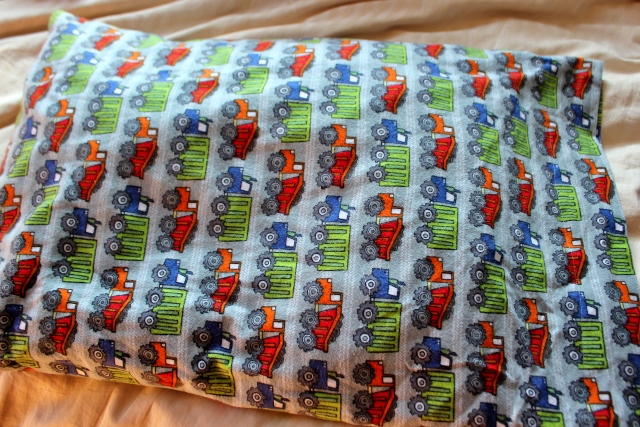 Mark is obsessed with trucks and other things that go so he was thrilled with his dump trucks!  He was even happier, though, about getting his own pillow.  He immediately hugged it (and then threw a fit when I tried to put the pillow case on it)! 🙂 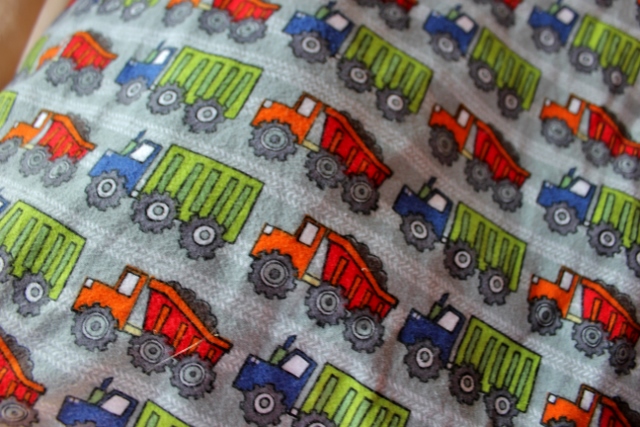 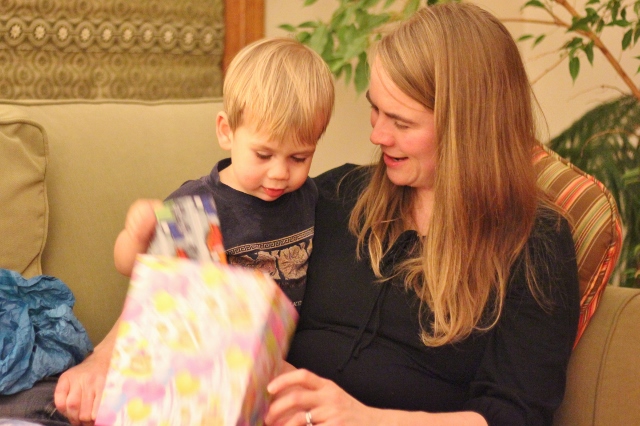 Here’s my precious boy, on the night of his birthday! 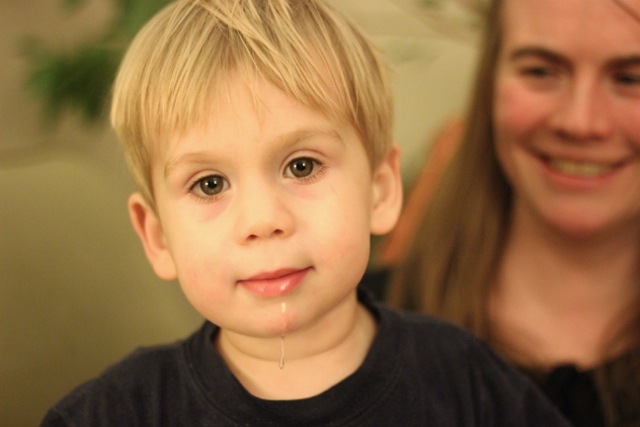