As is our custom (here’s 2013 and 2012), we went to Weber’s Cider Mill Farm on Thursday evening to take pictures of our kids with the pumpkins.  Unluckily for the parents but super-happily for the “things that go”-obsessed Mark, there was a tractor moving huge pallets of pumpkins around THE WHOLE TIME we were trying to take pictures.  So we have a lot of pictures like this:

Look!  Here it comes again – for the sixteenth time!

Thankfully, we did manage to get a couple good shots, mostly thanks to Ellie gamely trying to keep on smiling even when Mark was CRAZY distracted.  So, when he happened to accidentally look at the camera, Nik was clicking, Ellie was smiling, and hurray!  A picture for 2014! 🙂 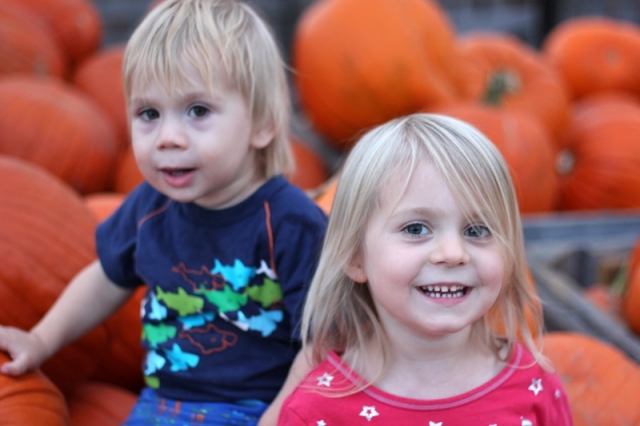 We also tried putting them in a different position.  It didn’t really work but Ellie tried! 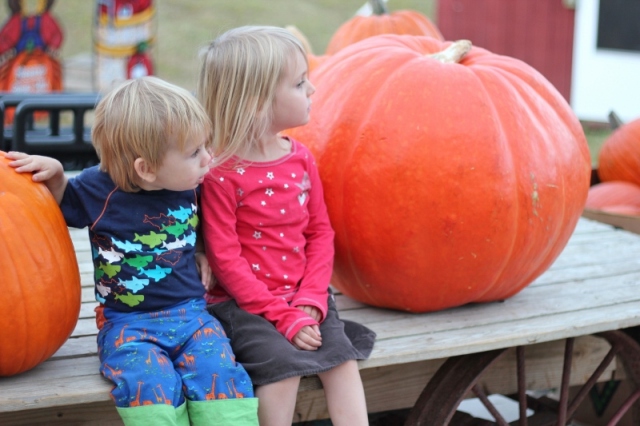 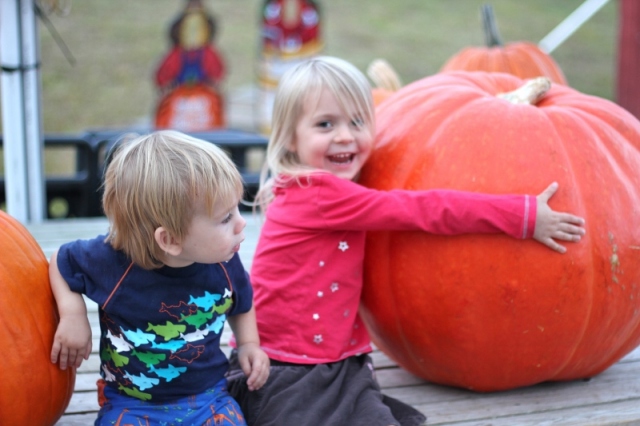 They both were kind enough to take a picture with their mama. 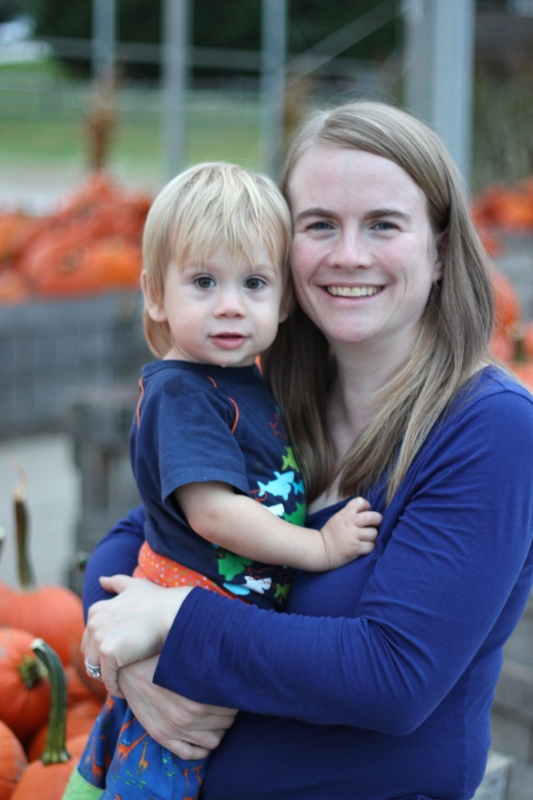 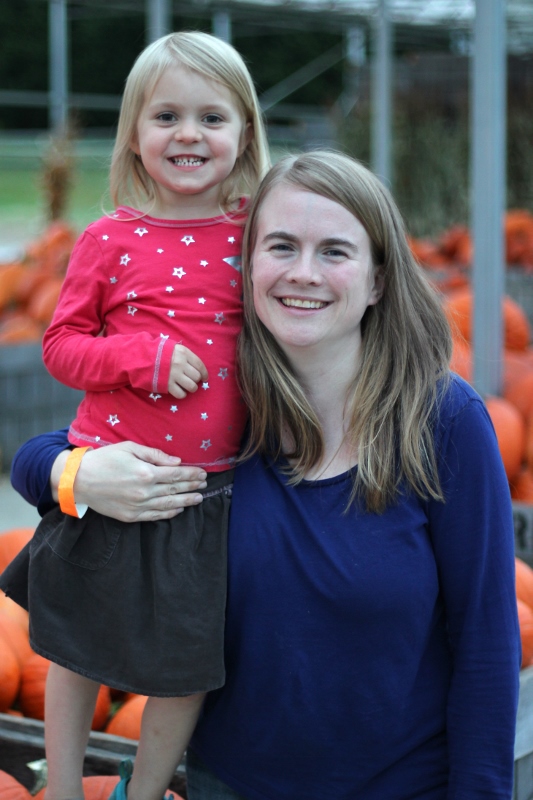 Then Nik went to console himself by taking pictures of beautiful things that don’t care if a tractor is moving somewhere way off in the distance.

Ellie and Mark each chose a gourd to take home.  Ellie thought it was fun to pretend to use it as a phone.  Mark didn’t have a clue what his crazy parents were gesturing at him to do.

the gourd? in his other hand!

And there you have it – kids with pumpkins because it’s autumn!

To all the grandmas out there, reading this post and thinking “Get that hair out of her eyes!”, I feel obligated to defend myself by saying that it doesn’t seem to bother her and she almost always turns me down when I offer to put it up for her.  So please, don’t think I’m a terrible mother! 🙂