At last – I’m finally making time to put on these pictures from our yard and garden!  I really should be packing for Greece because we leave in less than 24 hours.  Yikes!!  Anyway, here they are!

So we went from: 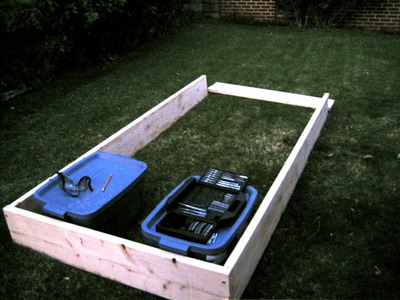 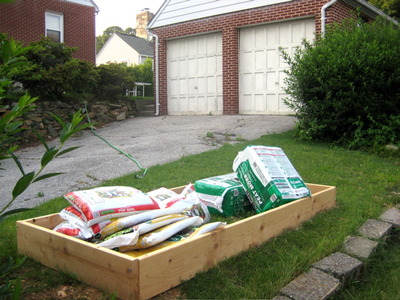 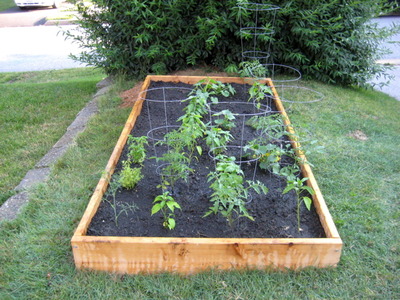 We have five kinds of tomatoes (yellow pear, Celebrity, Oxheart, Roma, and Juliet), four kinds of peppers, five basil plants, dill, marjoram, Greek basil, thyme, one eggplant, and a zucchini that is threatening to take over the world.  Or at least the garden.  As you can see in the upper left hand corner, we have left room to plant beans and swiss chard and lettuce, but that didn’t get done.  So we’ll plant them as soon as we get home and hope for a nice long warm September.

And, we already have some first fruits!

A baby banana pepper and the summer’s first basil, which is now pesto residing in my freezer: 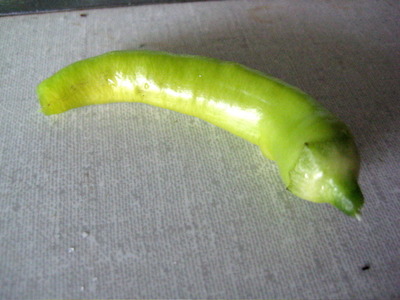 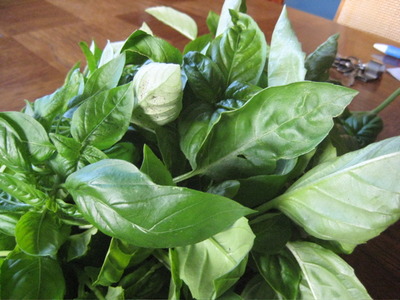 We also are probably going to miss the ripening of our first tomatoes but that’s OK.  Paula (a girl from church who is doing our watering) will enjoy them for us! 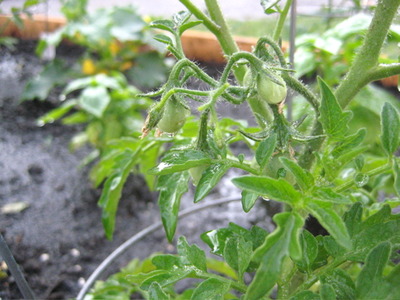 And this is the cucumber that literally has over 20 blossoms on it!

My other big job this week was to thoroughly weed and finish up the rock garden.  So it’s basically done although I’m sure that I didn’t get all the grass completely but I hope I’m on the winning side, at least for awhile.  So it went from this: 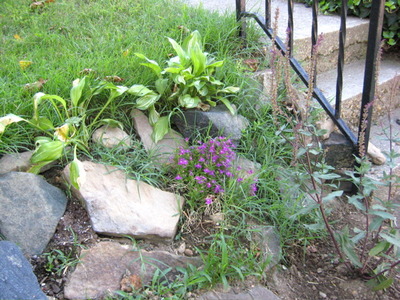 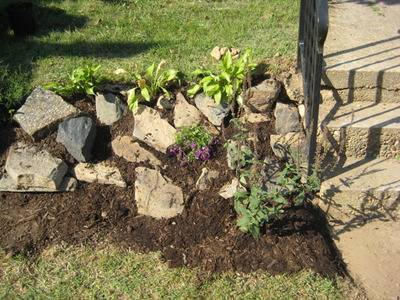 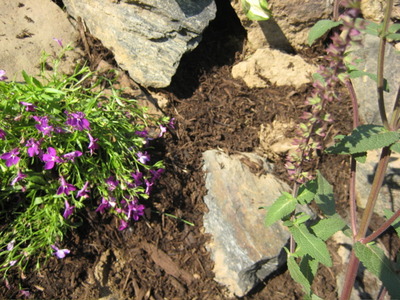 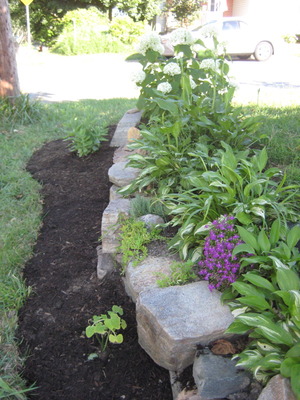 The whole mulched area in front of the rocks was covered in bad grass and awful weeds so it took me a long time to go through it.  Hopefully, the lawn will be easier to mow now too.

And for Mom, who asked, here’s the rock garden in context of the house: 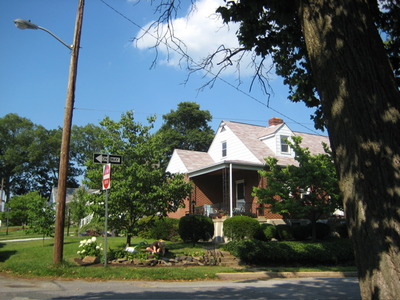 A closeup of the hydrangea which is thriving at the end of the bed: 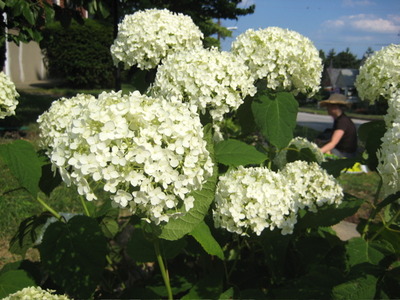 And the hydrangea at the back of our house: 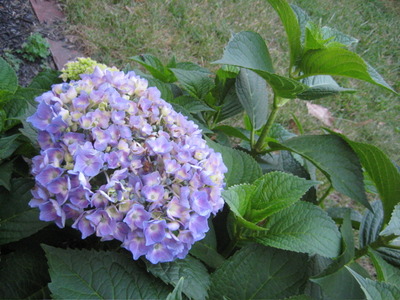 I am not going to show you the insane pile that is on our front driveway right now.  Nik has worked incredibly hard the past few days as well: trimming ivy, cutting back bushes and chainsawing down a big dead bush.  So we’re borrowing a truck tomorrow morning, and making an early morning run to the dump.  That way, our neighbors won’t curse us for almost a month until we get back from Greece!

We’re hoping to be able to post some pictures while we’re in Greece but if not, we’ll be sure to do it when we get back (on July 15th).  I feel incredibly blessed to be going on this trip, to see Greece and meet Nik’s family.  I know it will be wonderful!