This is my fifth post for The Classics Club.  I’ll be reading one classic book a month for the next 4-5 years.  I just added a new page to the blog to track what I’m reading.  Find that here.  I’ll try not to include too many spoilers in my review but I may need to discuss some in order to fully review the book. I’ll warn you if I’m going to mention one. 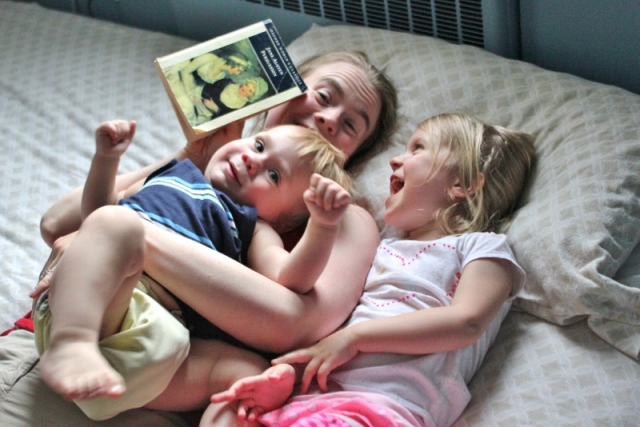 Persuasion still stands as my favorite of Jane Austen’s novels.  Interestingly, there’s been very little discussion about the novel over at the “Motherhood and Jane Austen Book Club” on Facebook.  There’s not much controversy surrounding it perhaps or maybe it’s just that the characters are fairly normal and the action not too exciting.  Why then do I love it so much?  Partly, I think it’s because Anne (the main character) is on the older side.  I too married later in life (at 30, which isn’t that old at all but felt like it) and I so much appreciate Anne’s devotion – both to doing what she thought was the right thing when she was younger (namely respecting the elders in her life) and also being true to what was right for her as an adult.  Maybe I love this one so much because I just want to be Anne’s friend.  It was interesting re-reading this as a mother because Mary is such a terrible one!  She’s so concerned with class and status and doesn’t seem to think that her children are worth her time.  They’re lucky to have Anne as an aunt!

Persuasion is a bit like comfort food to me – a favorite to consume again and again.

How about you?  Do you have a favorite Austen title?

I’ll be reading Jane Eyre by Charlotte Brontë in June.  Join me if you’d like! (You may have figured out by now that I’ve decided to read only classics written by women in 2014.)

Like Loading...
This entry was posted in books, parenting and tagged Classics Club, Kate Chopin, The Awakening. Bookmark the permalink.