Marks Gets His First Haircut, Ellie Dresses Up To Go To Church with Yiayia, and I Can Hardly Stand All The Growing Up That’s Going On Around Here

The haircut was all Nik’s idea and not mine.  I would have let it get way longer before starting to cut it (because once you start, you just can’t stop!).  Plus, I told Nik that there’s a verse in the Bible which says, “Thou shalt not cut a younger child’s hair if the older child has not had a haircut.”  Maybe it is the 11th commandment?  He didn’t believe me though (why ever not, I don’t know) and so, yesterday, we cut Mark’s hair. 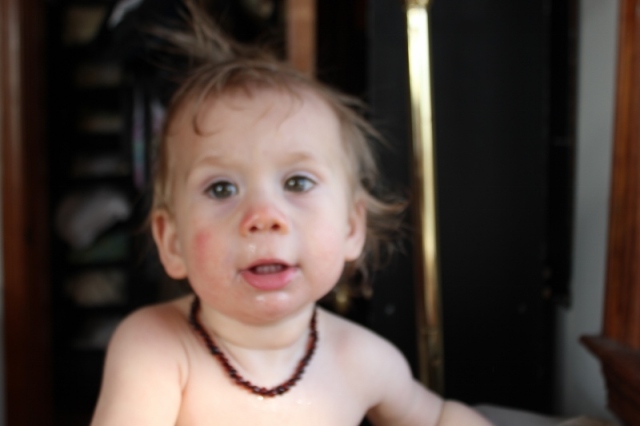 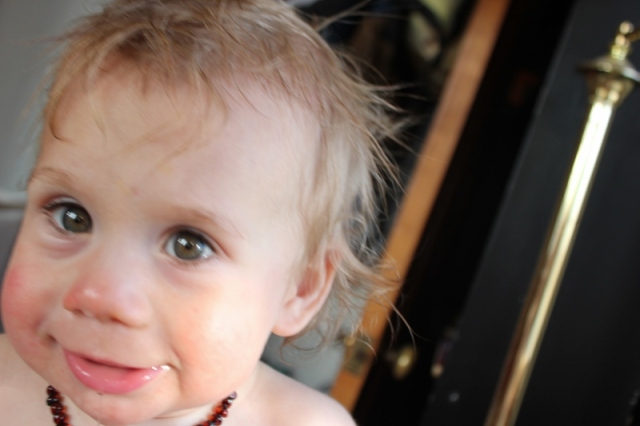 You’ll have to excuse the blurriness on all these pictures – he just won’t ever hold still!

My mom’s advice has always been to start cutting our kids’ hair when they’re young, that way we’ll be good at it by the time they care how their hair looks.  Nik decided he wanted to do it so I gladly gave the sad (in my opinion) task to him.

Basically, we needed to shorten his bangs, cut back the hair around his ears, and trim up the back.  This seemed easy but proved to be surprisingly difficult, particularly because almost right away Mark decided that he “DOES NOT LIKE HAIRCUTS” despite the song and dance I was doing in front of him. 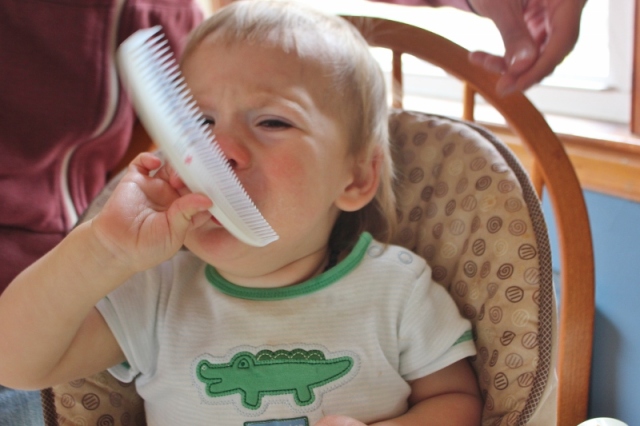 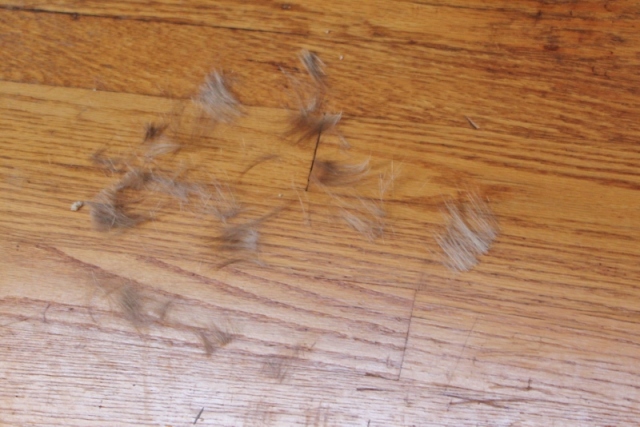 Almost as soon as we finished Mark’s haircut, I had to get Ellie dressed so she could go to the Apokathelosis service at Yiayia’s church.  It’s a special Good Friday service that the children always attend.  Look how grown up she looks! 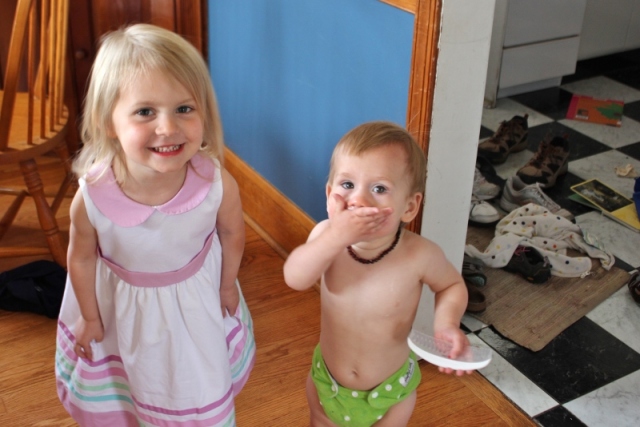 her lovely dress from Yiayia along with Mark’s new look

But then it got even worse (better?) because we did her hair and added a sweater. 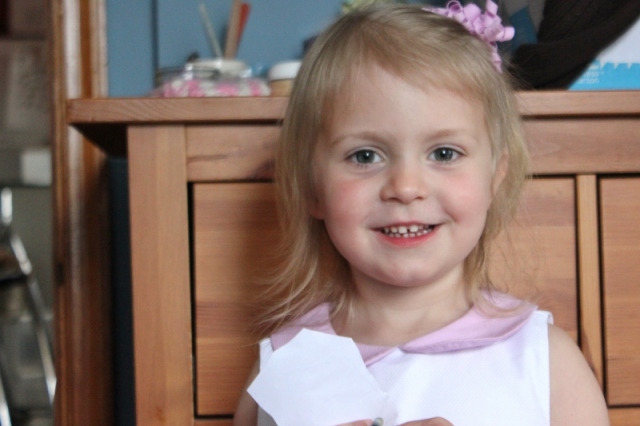 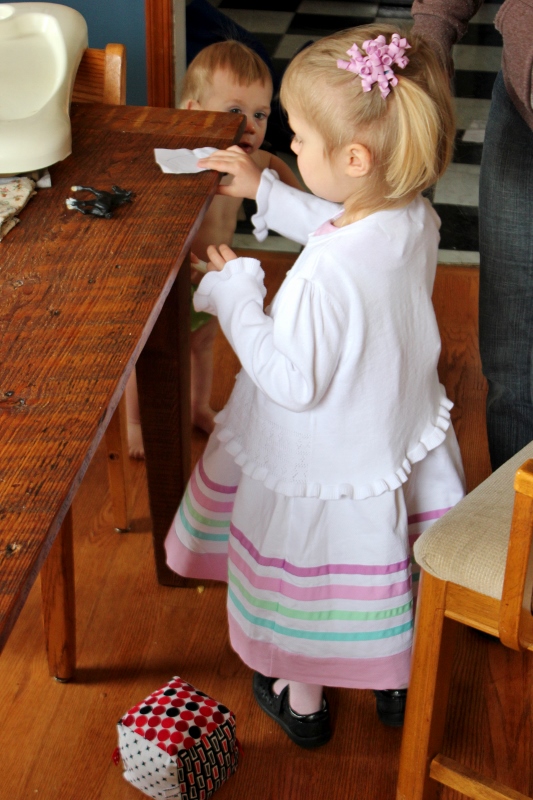 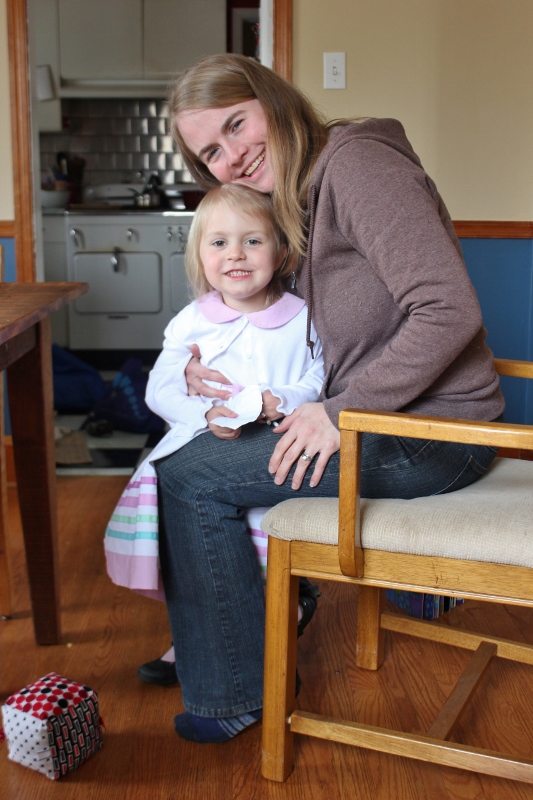 Here’s my boy too, with his new do. 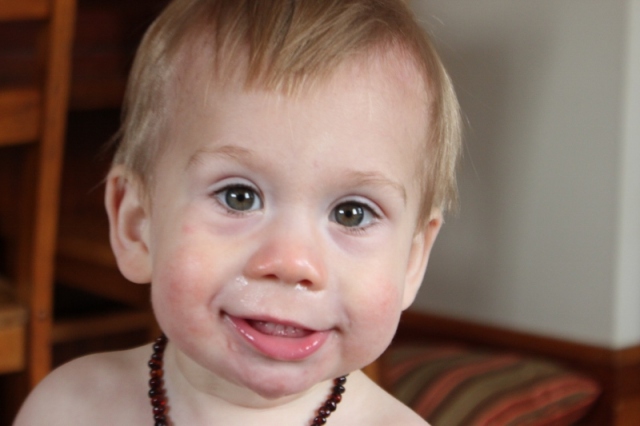 With his haircut, he immediately reminded me of my brother Eric when he was young.  Do you see it, Mom? Dad? Anyone?

And so, yes, I can hardly stand it around here, what with a grown-up little girl who told me the other day that she was “almost four” and a little boy who doesn’t feel so little anymore, except, of course, when he wants to nurse all night.  There is that to help me feel normal.

(You can learn more about the Apokathelosis Good Friday service here.  Scroll down until you get to “Great Vespers”.)

2 Responses to Marks Gets His First Haircut, Ellie Dresses Up To Go To Church with Yiayia, and I Can Hardly Stand All The Growing Up That’s Going On Around Here