Nik was skeptical and I admit, I was  a little bit too.  But we made this recipe out of the Simply in Season Mennonite cookbook (p. 207).  Kristen gave it to me for Christmas!!  I was so excited to get the book because I’ve really been wanting it.  So I used a butternut squash that I’ve had since before Thanksgiving, and this was the result. 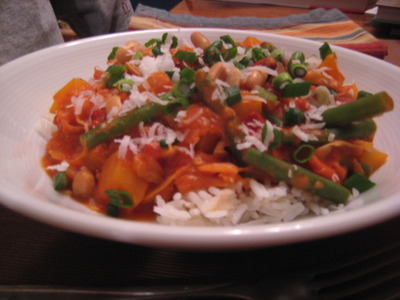 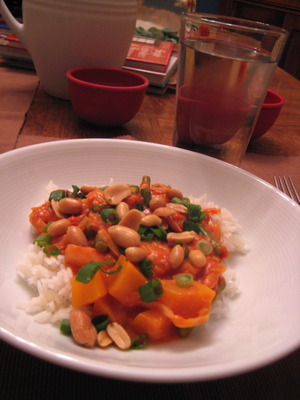 Nik doesn’t like coconut so he didn’t put any on top of his but we were both a fan of the green onions and peanuts on top.  With green beans, lots of cabbage, and squash, it was a surprising good and nutritious meal for us.  We really liked it!  And, it’s even vegan!  Aren’t we so modern?

E-mail me if you want the recipe and don’t have the cookbook.  I’m too lazy to type it in today.