When Making Milk Is No Longer Your Vocation

I loved being able to nurse my babies. If you read through all my nursing blog posts, you’ll see that although nursing definitely wasn’t easy from the beginning for me, it was a huge part of my identity as a mother. I loved the incredible calming power of nursing for my children, particularly when they were older. Sometimes, nursing was all that I could do to help them cope with a changing, challenging world and it was enough.

When Ellie was nearing four years old, I was really ready for her to wean. I had a nursing 20-month old and I was ready to not be tandem nursing any more. With Marko, as he approached four, Ellie started telling him that he was going to stop nursing soon (because that’s what she had done). And inside, I was saying, “NO! You don’t have to stop! Why would you stop? You love nursing with a passion! Let’s keep going!” But, as he neared his fourth birthday, he started to get lazy with his latch, I had to often unlatch him and ask him to try again and by the beginning of December, it was clear that it was probably time for him to stop. I, however, wasn’t really ready for it when, one night while at dinner at Yiayia’s house, he announced that he didn’t want nursing anymore. I just thought, “yeah, yeah, you’ve said that before” (because he had). But that night, he asked for “one little scoop” (maybe just to prove to himself that I was still willing to say yes?), nursed for about a second, and was done. He had weaned himself just like that. And I was saying, “Wait! I didn’t get to enjoy our last time nursing together! I didn’t get to be all sentimental about the end of this chapter in my own mothering life! It’s just over?!?! That’s it?!” Yes, that was it. The next night, we laid down together on his little bed to cuddle for sleep and he didn’t even ask to nurse (nor has he asked since). Clearly, it was the the right time for him and I’m grateful that we trusted him to stop when he was ready.

And now, four months later, I’m getting ready to leave for my church’s women’s retreat this weekend. The last time I went to the retreat was in spring 2010, when I was four months pregnant with Ellie. Ever since then, I’ve had one (or two) nursing babies and it’s been impossible to get away (because we’ve never used bottles with our nursing kids). I’ve never been away from my children at night (or for longer than 6-7 hours at a stretch) except for the night we were gone from Ellie when Marko was born. Now that I’m not nursing any child, I can get away and it feels really unsettling, to be honest. They’ll be totally fine with Nik, of course. It’s just that for six year, two months, and five days, I couldn’t physically leave them and I loved being able to fill a need for them that no one else could. I didn’t mind not being able to leave them. Now, however, I’m settling into new roles, finding a new vocation, moving forward on my mother journey. It’s good, it’s right, and it’s sad, all at once.

For 1435 days for Marko and 1461 days for Ellie (which, although two years worth of those days overlapped, I still count them individually), “milk and love flowed from me to [them]”. I’m grateful for how those 2,896 days forever shaped who I am and what I will become. 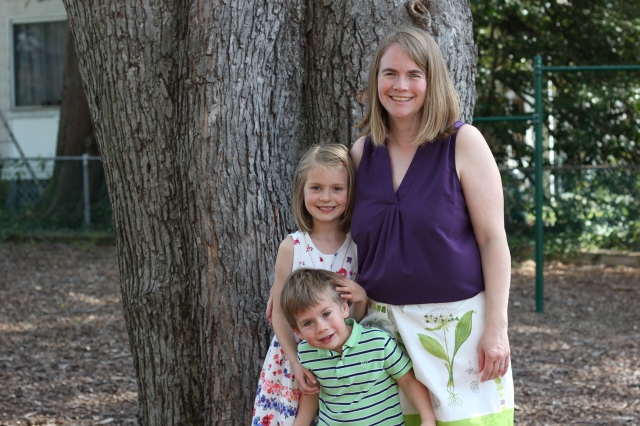 Post written and published in approximately 30 minutes – be proud of me for squashing my perfectionistic tendencies and just writing. 🙂

2 Responses to When Making Milk Is No Longer Your Vocation