Ten years ago today, I stepped off of a plane, having just flown through the night and day and across the country.  My good friend from college and new roommate, Kristen, picked me up at the airport and we drove to our new apartment in Charles Village and my new life in Baltimore.

It was in the 90s, the humidity was oppressive, and the region was in a severe drought.  I wanted to go home.  I was seriously questioning my sanity.  I’d become pretty bored with my job (the first I’d gotten post-college) so I’d quit, left my family, shipped all my stuff across the county, and moved to a new city to be my friend’s roommate as she started grad school.   I did have a great roommate and a beautiful apartment.  What I didn’t have was any other friends or a job or even an idea for what I wanted to do with my life.

So the heat was enough to make this Alaskan girl say, “No thanks – I’m going home.”

Thankfully, I stayed.  After a long, seemingly endless search (really only two and a half months), I ended up working as the volunteer coordinator for a local Habitat for Humanity affiliate.  I eventually made friends, found a church, and soon my life felt pretty great.

But I still didn’t intend to live in Baltimore long-term.  (Here’s when I said living in B-more for four years felt like a long time!)

And then I made some friends who were ESOL teachers and I found out that you didn’t have to be fluent in another language to teach ESOL.  And I found out that I could do my grad degree in a year plus a couple months.  I realized that being an ESOL teacher would satisfy my love for working with kids, my desire to work for justice, my interest in the world at large.  So I quit my job, blitzed grad school, graduated, and miraculously, found a job in one of the best middle schools in Baltimore County, with an amazing ESOL department.

Those women taught me, mothered me, helped me become a teacher, and helped me survive those first couple incredibly tough years.

But I still didn’t intend to live in Baltimore long-term.

Well, then I met this guy at church. (I’m glad I found that church!)  He was cute and fun and was coming to Alaska with his friends for a trip!  So we went on a date (which I didn’t know was a date) and then when they came to Alaska, he met all my family and my family decided that he was the one for me and I should marry him.  To which I replied, “Perhaps a second date would be a good idea.  Just because I’m 29 doesn’t mean that I have to marry the first guy I go on a date with in nine years.” So we went on many more dates!  (He’s the reason I wasn’t recovering from jet lag so quickly.)

They were right.  We got married! 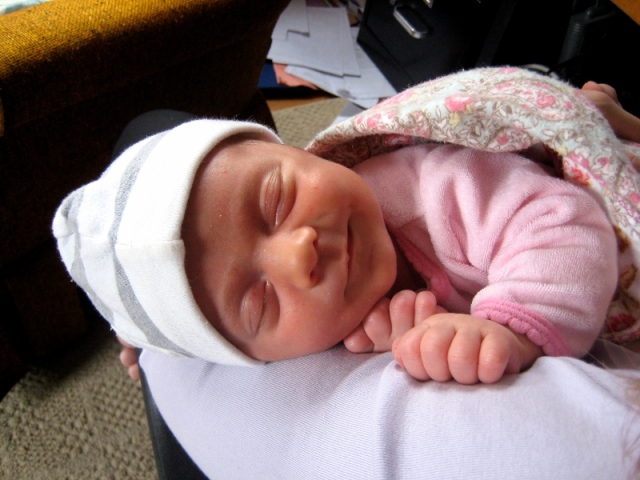 And now we’re having another baby!

And now, somehow, I’ve lived here ten years and I think I finally have to admit that I’ve put down pretty deep roots here in Maryland, in the East Coast.  I still can’t make myself say that I’m a Marylander because, well, I’m an Alaskan and I just can’t change that.  But I can say with pride that I’m a Baltimorean and I love living here.

I may complain about the heat in the summer and lack of snow in the winter and the absolute lack of real mountains.  But I am truly blessed by an amazing husband and daughter, wonderful friends, a great church, and a nice neighborhood to live in.

Here’s to many more wonderful years!