Part 12 in a series about our trip to Alaska in late June through mid-July, 2011.

To celebrate 4th of July in Alaska, we made Greek food! Is that anti-American? I hope you don’t take it that way. We wanted to make Greek food for the whole big family and that turned out to be the best day for everybody to get together so that’s just how it worked out.

The appetizer course included greek salad, homemade pita (thanks Meggan!) and tzatziki, some store bought spanakopita (I know, we’re not perfect), and olives (they were actually Italian but I let it go). For drinks we had the soft drinks of choice in Greece, Coca-Cola and Fanta. We and our Alaskan family all now call soda “Chemicals of Death” but that doesn’t stop us from drinking a few swigs of soda now and then. Eric also provided some of his home-brewed beer which was excellent and yes, Greeks drink beer, not just wine and Ouzo. 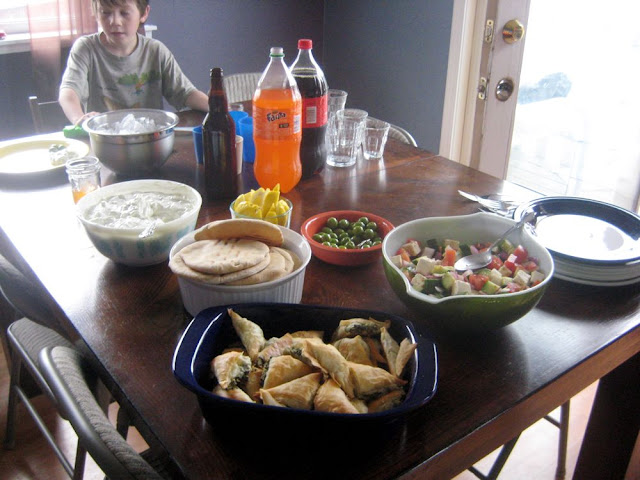 For the main course, we had Greek “fast food”: pork souvlaki, but it was actually slow food since we cut it up the day before, marinated it overnight, and then grilled it in shifts on the Judges new grill which was small, but worked very nicely. Some people waited quite a while to get their meat on a stick but I think everybody agreed that it was worth the wait. Sadly we forgot to take a picture of the grilled deliciousness but I can still remember the smell and taste and it makes me really hungry.

Ellie was showing off her patriotic spirit with her outfit that, ironically, her Greek grandmother bought her. 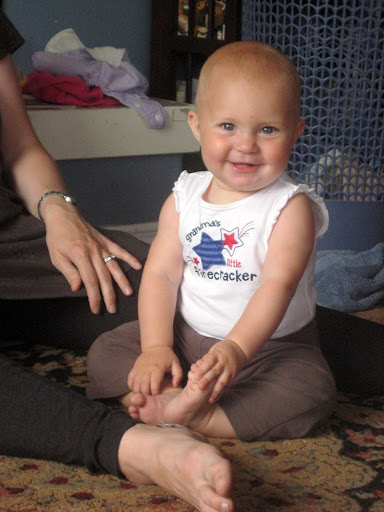 Now I’m headed for the kitchen!